To increase your chance of moose sightings, we are sharing some information on where they live in Rocky Mountain National Park. However, the best answer to where to see moose in the park is they could be almost anywhere. So keep your eyes open. It’s highly likely over a several-day visit you will encounter moose without much searching.

Where can you find moose in Rocky Mountain National Park?

Today about 60 moose live throughout Rocky Mountain National Park. But that wasn’t true 40 years ago when it was rare to see a moose, and if you did they had just wandered in from Wyoming. Several small herds were relocated into the park in the 70s and 80s and they now thrive in the rich environment.

The best place to see moose is in the areas they find their favorite foods. Since an adult moose eats 50 to 70 pounds of food a day, eating is their primary occupation. And what is their favorite food? Tender willow branches that grow in swampy areas and along streams and lakes.

You guessed it… the best place to spot a moose is in wetlands, preferably ones that have lots of willows growing along the water’s edge.

Unlike elk and deer which seem to be more visible at sunrise and dusk, moose are out munching on food all day long. So you can usually see them during the daytime. With that in mind, the most reported places where people see moose in Rocky Mountain National Park are:

However, you might see moose almost anywhere in the area, so keep an eye out. My sister woke one morning to a large bull moose bedded down in front of her cabin. And we’ve seen cows casually wandering across the road in random locations throughout the park. It’s also not unusual to spot moose wandering the streets of the gateway towns of Grand Lake and Estes Park.

What are moose signs?

Are you wondering how you can tell if a moose has recently been in the area you are exploring? You’ll usually see moose poop or moose prints along the trail.

You might think it a little odd to study piles of animal poop, but it’s a pretty easy way to learn who is wandering the trail you are hiking. When fresh, Moose poop (or scat) looks a lot like oversized raisin-ettes. The droppings are usually in a roundish pile, with each pellet about the size of an almond. They dry to a rough grayish brown. Deer and elk poop look pretty similar except much smaller.

It’s fun to discover prints in the mud or snow when hiking in Rocky Mountain National Park. Moose, elk and deer tracks look a lot alike. Without practice, it is hard to tell them apart by the shape. You can usually make a good guess who the tracks belong to based on the length of the print: an adult moose will be 5-6″ (the length of a dollar bill), elk 4″ and deer about 3″.

What is a moose, and what do they look like

A moose is the largest member of the deer family. They have long legs and huge antlers, making them substantial animals. They are easily recognized by their bulbous nose, humped shoulders, dangling hairy dewlap under their chin (called a bell) and chocolate brown fur.

There are 4 subspecies of moose in North America. The moose in Rocky Mountain National Park is the smaller Shiras moose. Although “smaller” they are still huge and a full-grown male’s body can measure between 5 to 6 feet tall with a weight between 600 to 1,200 pounds! The largest American moose is the Alaskan moose which can weigh up to 1500 pounds.

Male moose are called bulls and are famous for their large palmate antlers that weigh about 40 pounds and can spread up to 6 feet wide. The bull moose shed their antlers in the winter and then regrow them the following spring and summer.

The female moose, called a cow, is a tall lanky creature that reminds you of a high school track runner… all arms and legs. Cows are smaller than bulls – usually somewhere between 4.5 to 5 feet tall and weighing between 350 to 600 pounds. This is still an imposing animal!

Calves are born in the late spring, after an eight-month gestation period. You’ll often see them closely following their mothers on their stilt-like legs. It’s relatively common for a cow to give birth to twins in a healthy environment like Rocky Mountain National Park. A newborn will weigh between 15 and 30 pounds but will be several hundred pounds by the end of the summer. As you can imagine, it takes a lot of food to grow that fast!

We found a beautiful deep pool with a large rocky beach and settled in.

After a quick lunch packed for our hike, Brad started moving up the river looking for that elusive fishing hole and suddenly I realized that I was alone on the beach. Then I felt a “presence” as if someone was watching. And then I heard a soft snort…

Of course, my mind starts racing and I think a bear is coming near.

So I start singing to make sure I don’t surprise the bear. I pack up my bag and start following the Colorado River to find Brad. I get about 100 yards up the river bed and find a large elk’s skeleton, elevating my level of fear. But no Brad.

I decided to head back to the beach area hoping that Brad was headed back. I would approach slowly and continue to sing. Maybe I just imagined that bear!

And then I see it!

Standing on the far side of the river, in knee-deep water stood a majestic bull Moose. He found a patch of delicious green water grasses and was enjoying quite the feast. I kept my distance and slowly backed into the trees to watch.

Moments later Brad came up the shoreline and joined me. After a few pictures, we made a really big circle around the beach area to find the trail back to the car. He didn’t catch the big one, but we definitely found a whopper of memory that day.

What kind of behavior do moose exhibit in the park?

Moose in RMNP tend to be loners. However, you might observe 2-3 cows together. That is because they are very tolerant of other animals in their space and share a prime feeding spot.

During summer, cows are accompanied by their young from earlier that year. Mama moose are very protective of their young that first year and will protect them from any perceived danger, including you getting too close for a picture! Then the cow moose will drive off her young when she’s ready to give birth again, usually after the calf’s first winter, so the young will disperse and seek out their own territory.

In the fall, during the moose mating season (rut), you might find bull moose tending to a cow. A male moose usually only mates with one cow each season so he keeps a pretty close eye on her to keep other suitors away.

When food is more challenging to find, moose may form small herds around prime feeding locations in winter.

What do moose eat?

Moose are herbivores and generally eat grasses, leaves, twigs, bark and aquatic plants. They love the willows found in low wet areas of Rocky Mountain National Park. They will also feast on the bark and tender buds of the colorful Aspen trees found in the mountains. As you might imagine, moose spend a lot of time eating to get their fill of 40-50 pounds of food each day.

They also need a sodium-rich diet primarily from eating aquatic plants. Salt licked from roadsides in the winter is a delicacy that sadly puts them at high risk of colliding with a vehicle.

With the recent fires in Rocky Mountain National Park, you might be concerned about the impact on the moose feeding grounds. But actually, fires and logging bring forth a lot of tender new growth, which moose love to munch.

During winter (and late fall), moose live in a land of perpetual snow and will search out the woody plants that can sustain them under all that snow. In winter, they may be seen walking in a line across meadows to get from one patch of willows to another.

Where do moose sleep?

You may notice deep matted down grasses and bedding areas under trees or in open fields. Look closely, and you may see a moose bed. Moose bed down for the night anywhere they feel safe. You might wake up to a moose sleeping in your campsite or behind your cabin if the moose senses no danger. Moose can also sleep standing up.

What is the rut?

The rut is just another name for the mating season of all the members of the deer family. In Rocky Mountain National Park, the rut happens in the fall. The elk rut is much more famous than the moose because the elk are so visible with their large herds and noisy bulls. As solitary creatures, you are less likely to see moose mating.

How to stay safe around moose

Moose are very unpredictable. A moose that appears to be calmly eating its lunch can suddenly become agitated and aggressive. So it’s important to remember that they are wild animals, and you should not get so close as to block their intended path or make them feel trapped or cornered in any way.

A moose can run 35 miles per hour, which is crazy fast. So if one suddenly decides to charge you, it will catch you. Moose primarily fight with their feet. Weird (and dangerous) fact – moose legs can bend in any direction. That means they can easily kick you with immense strength.

The park rangers recommend keeping at least 120 feet between you and a moose. How far is that? It’s almost 1/2 a football field in length. You should give a moose even more space if you notice a calf nearby, as the mothers are extremely protective. Other times to be extra cautious are during the rut or if the moose appears to be agitated by your presence.

How are moose studied in the park?

In 2017, National Park Service Staff started a project to collar 40 moose with transmitters to track their movements. They are continually learning more about the moose population size, population growth rate, carrying capacity, and habitat use. This data will help make wise decisions about the future of moose management in Rocky Mountain National Park.

Here are a few more things to know about the moose you will see in Rocky Mountain National Park:

If you are contemplating a visit to Rocky Mountain National Park, one of the most exciting animals you’ll see is the moose. These majestic creatures can be seen all across the park, and you never know when you may spot one. 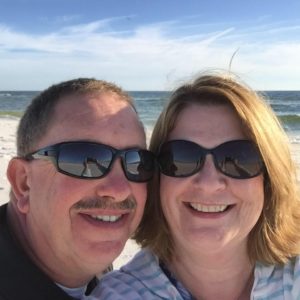 Join us hiking and camping our way through all 63 of the US National Parks. We’ll share everything you need to plan the perfect National Park Vacation for you and your family!

We’ve been avid campers and hikers for decades and are here to inspire you to step out beyond the scenic drives and explore the heart of our National Parks. You’ll find tips for your adventures, for camping and for hiking to help you. We also share reviews of camping and hiking gear based on our lifetime of experiences. Read more about us.

Check Out Our Gift Guides! 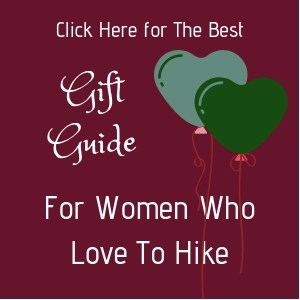 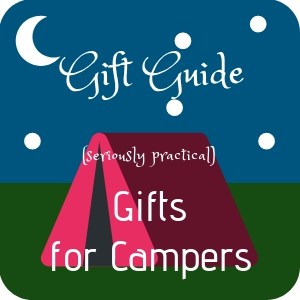 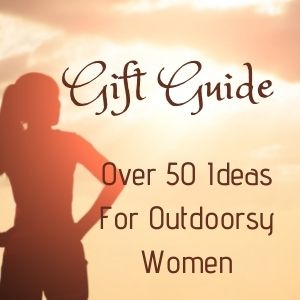